It’s November, month of Thanksgiving…and other things. November is Election Day, Thanksgiving day, Black Friday, and the time when most of the leaves have all fallen from the trees. People are in full preparation for winter if you haven’t already had your first snows, and even Florida is starting to cool down (it’s a balmy 74 degrees here today). The kids are still plowing through their Halloween candy, with the help of their parents, and Thanksgiving committees are starting to crop up at work (here, anyway).

So sit back, read on, and learn some things about our 11th month that you maybe didn’t know, like the fact that it was the ninth month in the Roman calendar. 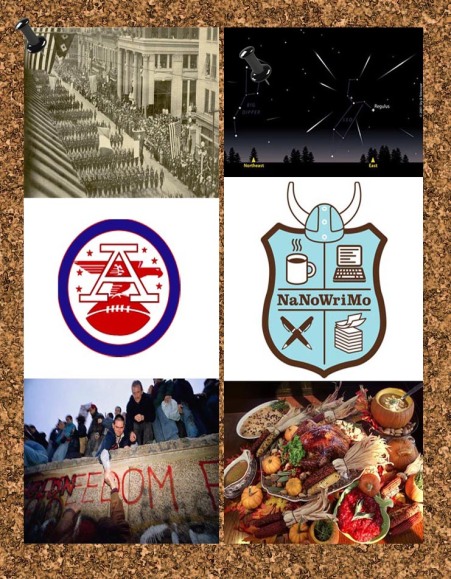 And the original Thanksgiving Dinner probably consisted of this (nothing like today’s dinner, except the turkey):

Special thanks to the Smithsonian for their menu example: http://www.smithsonianmag.com/history-archaeology/Ask-an-Expert-What-was-on-the-menu-at-the-first-Thanksgiving.html