It’s that time of the year when parents everywhere are rushing around to craft and hobby stores, looking for presentation boards and round foam balls they can turn into planets. Or they’re making papier mache volcanos, or getting zapped by static electricity experiments. It’s Science Fair time!

When I was a kid, I loved science. Hated Science Fair time though. One morning, getting ready for school, I remembered that our projects were due THAT MORNING. My parents were not the type to help us kids with our projects, so it was up to me to get it done.

I found an old cigar box, ran outside to the backyard and looked around for something, anything that I could use. My eyes fell on an air plant, which I promptly snatched out of the tree, and ran back inside. Now, these were the days long before Google, so I grabbed our Encyclopedia Brittanica and wrote out a paragraph on air plants on a rumpled piece of paper. I glued the air plant to the inside flap of the cigar box and voila! had myself a project. Surprisingly enough, I got an F. 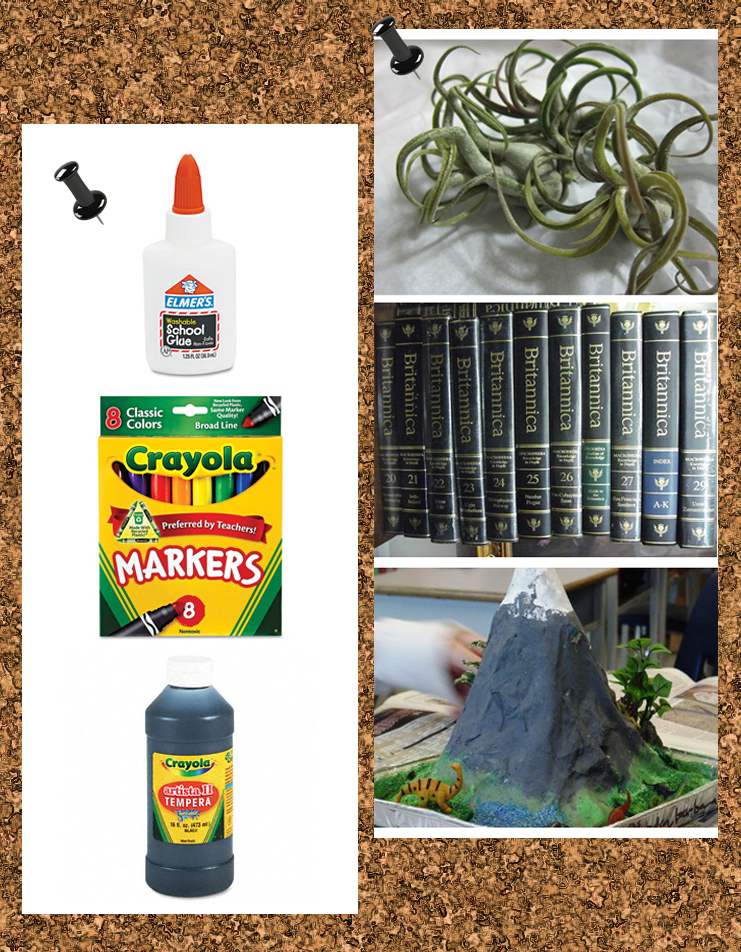 One of my colleagues was telling me this morning about her kids and their science projects and I am literally amazed at the attention to detail and thought they put into it. Her son did one project where he measured the growth of a plant and how it was affected by yelling and rock music as opposed to one who heard jazz and kind words. Guess which one grew better?

Her daughter did a project where she was able to generate current through pencil led! How amazing is that? That’s like total MacGyver stuff! My son, he’s more like his father and I. English and languages are his strong suit. He never pulled an air plant stunt though.

Now, I love science fairs. I get so excited by all the ideas and displays, and I learn something new. Still, running around trying to find all the supplies can be a daunting task! And helping with the projects when sometimes I feel my son is smarter than me can be a bit humiliating. How do you get involved with your child’s projects? Are you a volcano expert, or strictly a solar system kind of person?