Ever have that moment when you are really looking forward to the lunch you brought to work? It’s not very often, and a lot of times you might even forgo your bagged or boxed lunch for something tastier and more appealing than the congealed mess awaiting you in the break room refrigerator, but there is that moment when you brought something your mouth is watering for.

With visions of an exceptional lunch dancing in your head, you open the fridge door and reach in…and grab an empty container. First you’re puzzled- you KNOW you actually put food into the container but with your brain being in shock, you actually doubt yourself at first. Then realization dawns. Someone snatched your lunch. 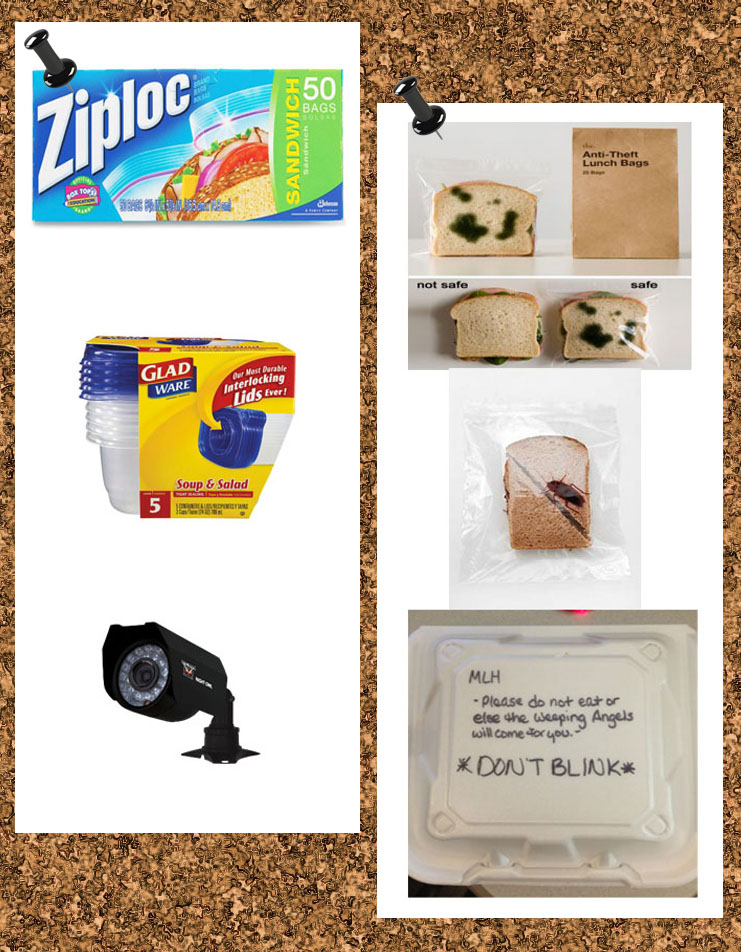 Anger or annoyance, we’ve all been there. Co-workers eat your lunch, use your half-and-half, drink your sodas (or water) and there really isn’t much you can do about it besides write your name all over your container, along with maybe a hazmat symbol and a skull and crossbones. Heck, even that doesn’t work in some offices.

Some ingenious people have gone to extremes, leaving notes describing careful spiking of their brownies (and calling in an anonymous drug tip) to set up lunch thieves, or using bags decorated with mold or even blood to deter would-be lunch larcenists. Other people just take a “they must need it more than me” attitude (very zen and passive of them. Don’t judge, I’m one of those) and some others throw temper tantrums and report it to all and sunder.

Regardless of how you react, it’s still very annoying when it happens (even to zen pacifists) and there isn’t a way to stop it. Of course, you can set up security cameras on the fridge, and motion detectors on your lunch, but what will you be accomplishing? Nada. How do you deal with lunch thieves? Do you live and let live, or seek revenge?