Ah, Wednesday, that glorious hump day, the unit of measure that we gauge our work week by. You know when you get through Wednesday you’re almost done with the work week. Unless you work Saturdays and Sundays too. Which is no fun, I can tell you. I’ve been there.

Next to Friday, Wednesday is our favorite day of the work week. It’s also the second least productive day of the week, next to Monday. Wednesday’s the day for prolonged water-cooler talks and an extra minute or five in the break room. This is something I don’t indulge in…

So today, I bring you some interesting Wednesday facts, and some other really silly trivia because…well, because it’s Wednesday! 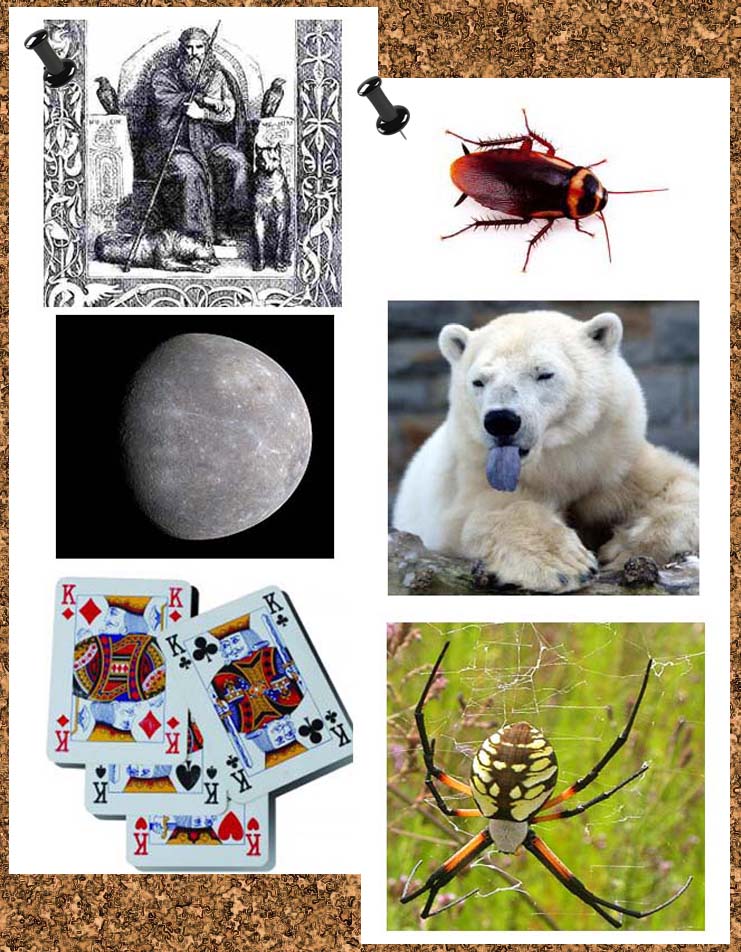 Wednesday is named for Woden (no, not Odin the Norse god, although they are virtually the same), an Anglo-Saxon god. He was later relegated to a lowly human whom past rulers of England like to say they are descended from.

Wednesday is associated with the color green, and the planet Mercury.

Wednesday’s child is full of woe, according to Mother Goose (good thing I’m a Tuesday’s child)

Now for some non-Wednesday trivia…

Did you know that the term “O.K.” is from the Civil War? When troops returned without any casualties, a sign was posted that read “0 Killed”, which was eventually shortened to “O.K.”.

Each King on a deck of playing cards represents a king from history.

A cockroach can live nine days without its head. It only dies because it can’t eat…I have no words.

All polar bears are left handed… I want to know who took the time to figure that out.

Statistically, people are more afraid of spiders than dying.

And on that note…have a great Wednesday everyone!